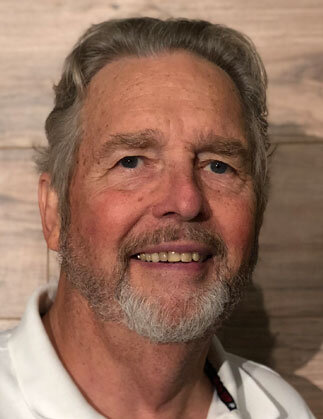 John was born and reared in the South. He joined the US Navy as a Naval Aviation Cadet in 1964. He earned his wings as a Naval Aviator in 1966 and flew the A4 Skyhawk for one deployment to SE Asia before transitioning to the A6 Intruder. Over the course of his 25 year career, he had five major deployments and accumulated nearly 500 carrier landings and 5000 flight hours. John was the commanding officer of a TA4 advanced training squadron in Kingsville, TX, and completed his military service in the Pentagon as part of the Chief of Naval Operations staff.
John next joined a company in Richmond, VA as an independent contractor. In that capacity, he observed people who were engaged in problem solving and he evaluated their performance as measured through several criteria. He did that work for about eleven years before retiring and moving o Huntsville, AL.
John and Paula met in college and married in 1970. They have one daughter, Mary. Mary and her husband, Guillaume, live in Seattle and have two daughters of their own, Marion and Yveline.
As he has since 2000, John enjoys flying sailplanes and participates in several racing events around the country.
He is a devoted disciple of Christ and has been a member of our Church for several years.
John has experience in mentoring and counseling men who want to do their jobs better and grown their own relationship with Jesus.
Grace Point is positioned to meet the needs of a growing area. We need to reach out to our local community and spread the good news about Christ, invite believers and those who do not yet know our Lord Jesus to meet him, become a child of the living God, grow their faith, and develop as a true disciple of Jesus the Christ.

John 3:16 "For God so loved the world that he gave his one and only Son, that whoever believes in him shall not perish but have eternal life."

Want to worship with us?

Worship with us in person every Sunday Morning at 10 AM. You also have the option of attending our services online at your convenience.
Learn more about our online services.